Anthony Quinn - Man of Many Faces 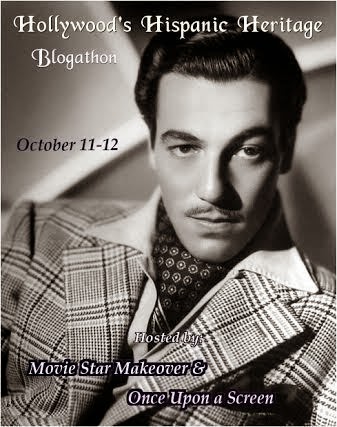 When Aurora (@CitizenScreen) and Kay (@KayStarStyle) announced their idea for a blog related to Hispanic Heritage, I thought "what a wonderful opportunity to write on a topic that deserves more attention."

So, I weighed my options and decided to write something on Anthony Quinn.  Quinn has always fascinated me by his versatility as an actor...he has played a wide range of characters and each of them comes across as a unique individual.

Born Antonio Rodolfo Quinn Oaxaca in Chihuahua, Mexico, Quinn grew up in El Paso, TX and Los Angeles, CA.  Early interests in boxing and architecture are an indication of his varied talent.  It was his friend and famous architect Frank Lloyd Wright who suggested he look into acting.

Quinn won the best supporting actor Oscar for his portrayal of Eufemio Zapata (opposite Marlon Brando in the lead role) in Viva Zapata! (1952) making Quinn the first Mexican-American to win an Academy Award.

Enough copying facts from Wikipedia about Quinn's past...let's discuss some of his most popular film roles! 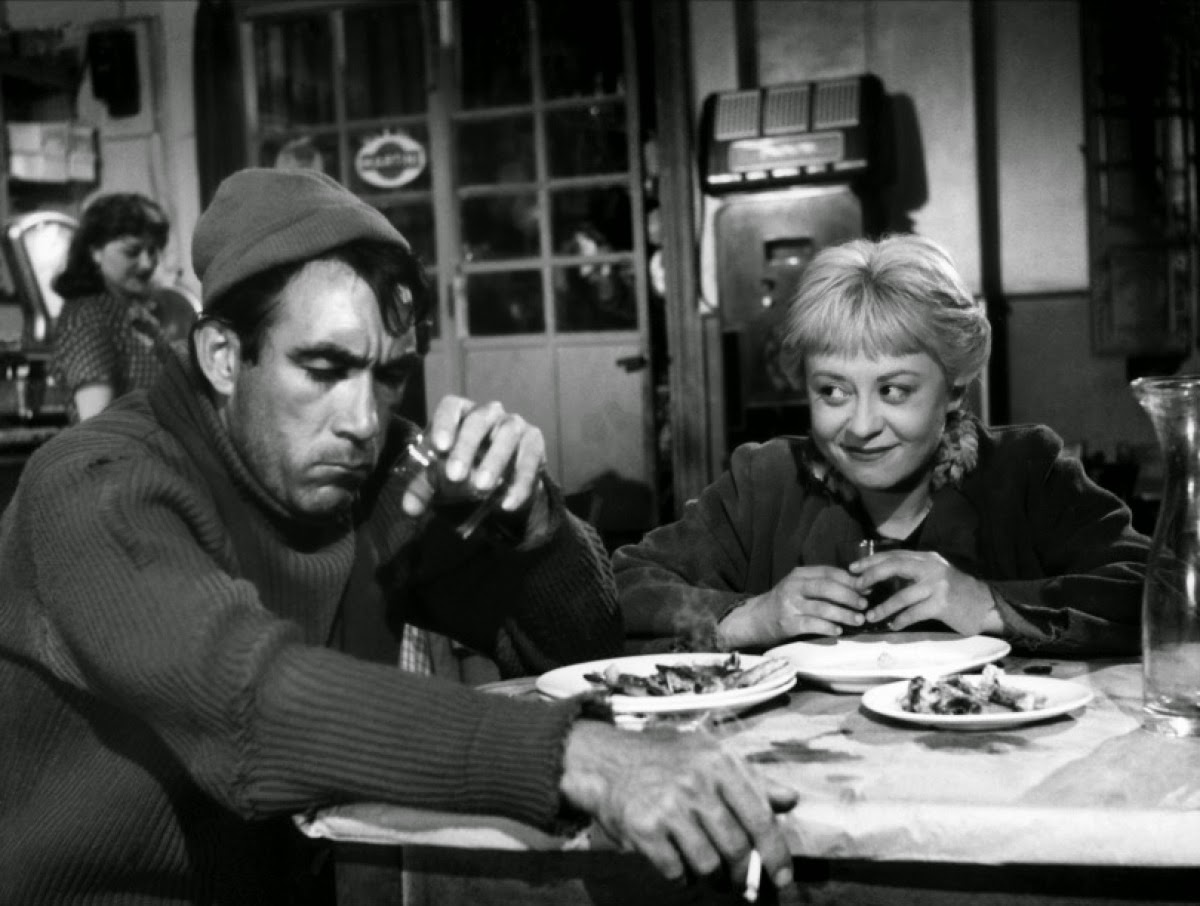 What can I say about this film?  Directed by Federico Fellini, co-starring Giulietta Masina, it's a tour-de-force of acting by both of these wonderful talents.  Quinn plays Zampano, a one-trick-pony travelling showman who purchases (yes, purchases) the simple-minded Gelsomina (Masina) and incorporates her into his act.

He's brutish...that's the only way I can describe him.  He pays almost no attention to Masina (except for pleasures of the flesh, along with physical and emotional cruelty.)  Eventually he abandons her on the road after she becomes despondent from a 'broken heart'.

It's a heart-breaking film...and at the very end of the film, we see the culmination of Quinn's wonderful performance.  This man who seemingly has no emotional bone in his body,  breaks down realizing what he has lost.

Seriously watch this for Quinn, but also watch for Masina, who is absolutely amazing in everything she's in (one of my all-time favorites is Nights Of Cabiria [1957].)

This is one of the best 'character study' films that exist.  Of course, the character that we're studying is the titular character of T.E. Lawrence who understood Arab culture and helped the British (along with Arab tribes) defeat the Turks in WWI.  However, there are other characters here that we get to know fairly deeply as well.

One is Auda Abu Tayi played by Quinn.

There are a handful of memorable scenes and quotes from Quinn here:


Quinn plays Auda with such passion in this film.  Never over-the-top...even in anger when Auda realizes there's no gold (as he was promised) in Aqaba.

This film is in my top four...essential viewing in my opinion. 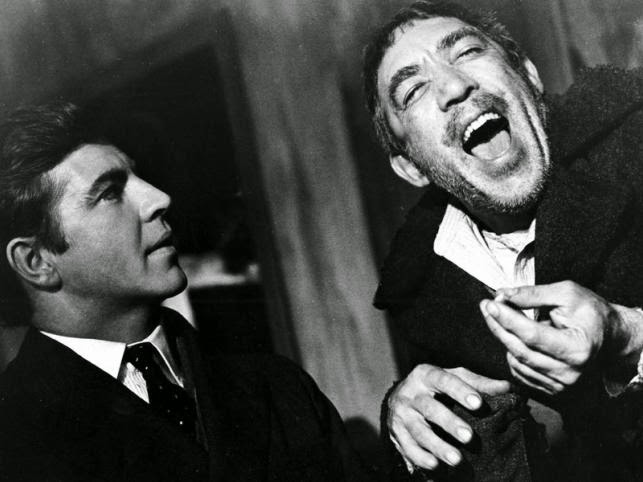 This film represents the peak of Quinn's career.  And it's the film that most identify as the definitive Quinn.

Quinn plays Zorba...a man brimming with life, who meets Basil (played by Alan Bates) a man who finds no joy in life.  They are at two opposite ends of the spectrum.  But soon, the brimming life is overflowing and Basil learns to 'loosen up'.

There are a million great lines from Quinn in this film, I'll spare you, and just let you watch the film and enjoy it.    I've actually only seen this film once before, but it has one of the great endings in film history with Basil and Zorba dancing...you can't help but smile.

So, here we have Quinn--a native Mexican--in three of his most popular roles, playing at different times an Italian, an Arab and a Greek.  And he played them all so well...that's a lot of talent.

Posted by Joel Williams at 7:02 PM