This post is in conjunction with the 'What a Character!' blogathon.

Wikipedia hilariously describes Porter Hall as 'Possessing a weak chin and shifty eyes....'  That description mostly cracks me up...but it is accurate.  I remember him mostly as his role in Double Indemnity where he plays the eyewitness in an insurance company's case against a claimant.


Here's a list of four memorable films with Porter Hall (in chronological order.)  Each of them I would consider required viewing for the classic movie fan.  I'm sure many of you have seen each of these numerous times.


Mr. Smith Goes to Washington - Sen. Martin Monroe
There are two scenes I recall about his role in this movie.

The first is when Senator Monroe challenges the validity of Jefferson Smith as a senator after seeing the pictures and quotes of Smith in the newspaper.  This occurs immediately before Jefferson Smith is sworn in as a US Senator.

The second is that he's the one who 'ties' with Jefferson Smith (Jimmy Stewart) for the request for the Senate floor.  The President of the Senate (played so well by Harry Carey, whose reactions are just so wonderful when he tries to hide his smiles) decides to give the floor to Senator Smith (after Smith leads him with "you were about to recognize me, sir" and Clarrisa Saunders--played by my favorite Jean Arthur--shouts from the gallery "let him speak!")

He then begins his filibuster.

Note that there are a handful of great character actors in this film.  Two others that come to mind are Guy Hibbee as the governor and the portly Eugene Pallette who plays Boss Jim Taylor's lieutenant.  It occurs to me thinking about these character actors that they usually have great, unique voices.


His Girl Friday - Reporter Murphy
This film was absolutely created for character actors.  Even though the headliners (Cary Grant and Rosalind Russell) are great in their own right, the team of courtroom reports--for me--makes this the special movie that it is.  It's downright hilarious watching these journalists alter the story to sensationalize it.  It seems that the more things change the more they stay the same.

Some of the great character actors in this film: Cliff Edwards, Roscoe Karns, and Frank Jenks.  I'm leaving out a lot of outstanding folks here, I'm sure...this movie is peppered with great small roles.

Double Indemnity - Mr. Jackson
Here our Mr. Hall plays a man who has a brief conversation with Fred MacMurray who's playing a stand-in for Barbara Stanwyck's husband before faking his death.  Since the insurance company doesn't want to pay out the claim for the death, they're investigating the death and Mr. Jackson is that last man to see the deceased alive.

When the insurance company asks him if he'll swear in court that the man he saw on the train is not the man in the pictures of the deceased, he says (famously--to me anyhow):

He's in just a handful of scenes...but they're memorable.

Miracle on 34th Street - Granville Sawyer
Playing the store psychiatrist who tries to convince a young clerk that he's got a psychological problem, and generally tries to throw his weight around as an 'authority figure.'  This is a great role and it's obvious that the psychiatrist himself is the one with the nervous tick.  When he's evaluating Kris Kringle (perhaps the best performance of Santa Clause by Edmund Gwenn,) Mr. Kringle immediately realizes this and points it out to him...something that does not go over well!

It's a small but memorable role.


I hope you have a chance to catch Porter Hall's fine ability as a character actor in this and many other films! 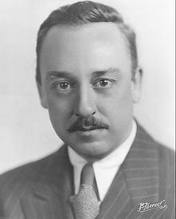 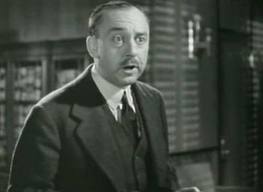 I've been blessed to be awarded the Liebster Award by two of my classic film Twitter friends--Paula Guthat of Paula's Cinema Club (who also hosts the amazing #TCMParty tweet-along parties) and Kellee Pratt of Outspoken and Freckled (what a great descriptive blog name...Kellee's just an all-around great friend on Twitter.)

Here's how all of this works:


First, eleven things about me:


Next, answering the eleven questions proposed to me:


Other award nominees TBA (I gotta get to bed!)